A minor spill during the heat of the action was not enough to put a damper on the action this morning, as Heatwave Cycling Club’s Jamol Eastmond won the Trinidad and Tobago Cycling Federation (TTCF) Road Race League Series which pedalled off this morning.

The race, the second in the series for 2018, started from the Brian Lara Stadium in Tarouba, took the riders as far south as Penal, before the turn and long treck back north all the way to the Foreshore in Diego Martin. A 93-kilometre race overall.

Eastmond was a part of the leading peloton that made the break as early as the Debe segment in the race, and had to fight to the end where he held off PSL Cycling Club’s Akeil Campbell in a photo-finish at the line, clocking one hour, 42 minutes and four seconds.

Costa, who represented Trinidad and Tobago at the UCI Elite Pan American Track Cycling Championships at the National Track Cycling Velodrome last August, was not fazed by her clubmate Cheyenne Awai’s mishap near Couva Hospital, as she powered on to win her division. Costa also fell victim to a spill at the 2016 Republic Day Cycling Classic.

Awai, who also fell in the same crash during 2016 Cycling Classic, on the other hand, was rushed to the Mount Hope Hospital where x-rays and other tests were administered. Local fans would be delighted to know that no major injuries were reported.

Coming back to the action on the road, Stephen Rodney (Team Raiders) topped the Masters 40-49 Division, while Ancil Roberts (Rigtech Sonics) won the 50-59 and Peter Hernandez (Hammertime CC) was the top veteran in the 60-69 category.

The TTCF would like to specially thank Mr Brian Sirjusingh, Lezama’s Electrical and Pharmaco for the contributions made for the staging of the second leg of the Road Series, as well as the clubs that participated and race officials, the TTPS and the Red Cross Ambulance Services. 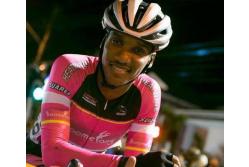