For those who have been following T&T cycling within the last decade, you would remember a certain dominant force in the Youth Development categories from the year 2005 to 2011. A cyclist who seemingly decimated his competition with consummate ease and would typically relax way before the finish line, such was his lead on the majority of occasions.

You should remember his father as well? Does a man cladded in full length blue tights with his hands gripped around a huge flag pole with a blue flag attached making a quick victory lap anytime Sonics secured a victory on the track ring a bell? 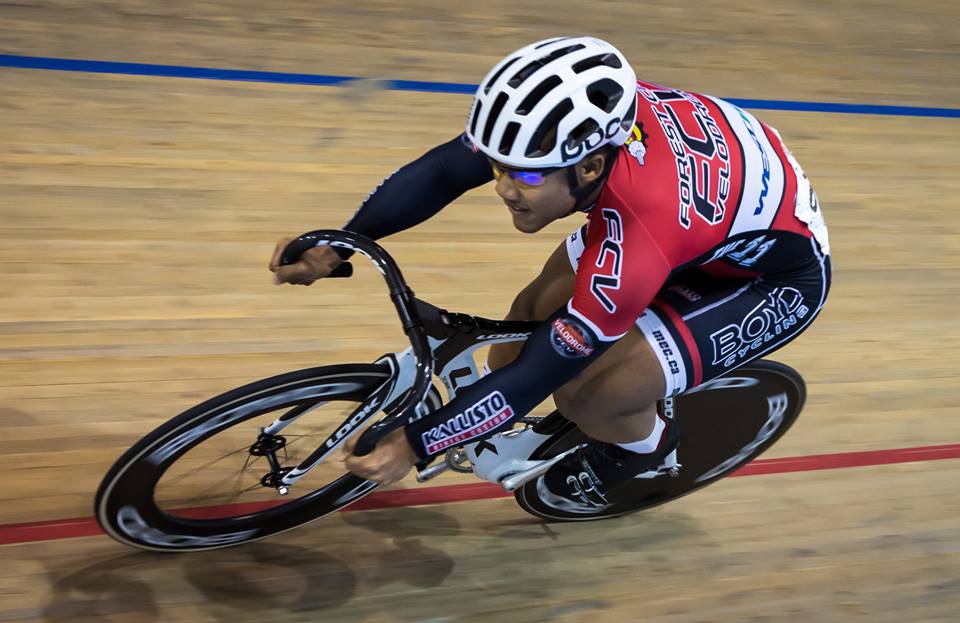 It’s been five years since we’ve seen Je’Land Sydney on a track in Trinidad so some may even ask what ever happened to this young man or where did he just disappear to?

In 2011, Je’Land and his family immigrated to Canada and after being off the bicycle for three years, the racing bug bit him to the point where he is now ready to become a dominant force in cycling once again.

On this edition of “On The Rivet” ttcyclingfederation.org got an opportunity to interview with young Sydney aka Jetbox who will be returning to T&T for the first time in 5 years to compete at the upcoming Junior National Track Cycling Championships at the Arima Velodrome from the 5-9 May, 2016.

Check out Jetbox’s interview below, find out how did he get that name, what are his intentions and does it possibly include him being draped in the red, white & black of T&T colours in the near future? Learn about how parents time and time again sacrifice for the greater good of their offspring and how a boy is longing to repay them in gold, silver and bronze.

Q: Jetbox, first of all how did you get that nickname?
A: My Dad ordered my first bike and he wanted to get it in time for competition so he used something called "Jetbox" and he told Mr. Roger Frontin that he was using it. When I showed up with the bike, Mr. Frontin started calling me Jetbox and it stuck. My Dad was then called ‘Box’ and my mom was ‘Madame Box’, we still laugh about that.

Q: At what age and how did you start cycling in Trinidad?
A: I started cycling at the age of 6. My Dad bought me bike for Christmas and took me to Skinner Park to ride. That happened to be a day when Sonics Cycling club was training and Noel (Luces) told my dad "look how fast that boy pedaling" and by the end of their conversation I was at training the next Tuesday.

Q: You were pretty much a dominant force while riding “BMX”, who and what was most influential with that?
A: My parents are the most influential and supportive people in my life, they do everything possible to help me on this journey and at that time when I rode BMX, my coach Noel Luces made me feel like I could do anything, I wish he could have seen me now.

Q: At what age did you migrate to Canada and how is it different or compared to living in Trinidad?
A: I migrated to Canada at the age of 12. I remember because I wrote SEA (Secondary Entrance Assessment) and my first choice was Cowen Hamilton and when they collected my exam slip we were standing in the airport and they told me I got my first choice. The major changes would be the cold, living in four different seasons is the main change and really the only other thing I can think of, is that I don't wear a uniform to school. 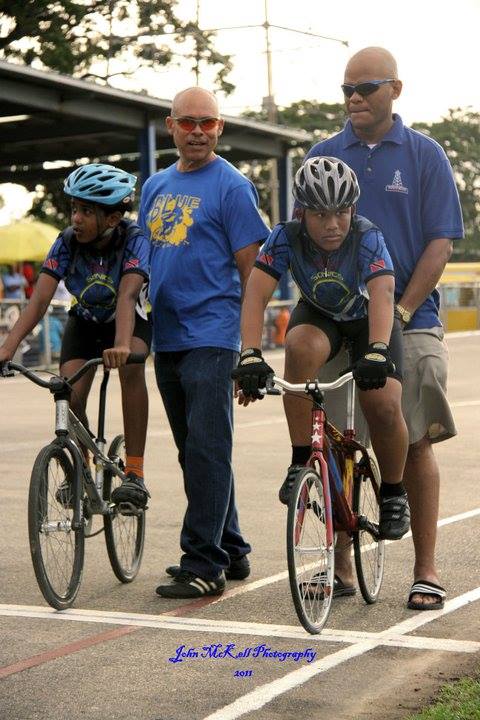 Q: Did you continue cycling/competing once you migrated?
A: I was off my bike for 3 years after arriving in Canada and that was mostly because of paperwork, license and so on. In August of 2014 my Dad contacted Rob Good through the Ontario Cycling Association then everything seem to work out instantly and I was back on my bike. My very first competition was at the Milton Challenge in January of 2015, which marked the opening of the Velodrome ahead of the Pan Am Games later that year. I was excited to enter that competition, especially when I heard that some of my teammates were coming in from Trinidad.

Q: What club do you represent and how is it working with Coach Good?
A: I ride for Team Kallisto FCV p/b Toyo Tires, my coach is also the head coach for all of Ontario. Rob is a real down to earth guy, he attends to each of us individually as though you are the only rider he has and he will fight for you if he feels you were treated unfairly. He is all in and expects the same from you on the track.

Q: Your family is your biggest supporters, how important and influential is that to you?
A: I don't think I could have done any of this without my family. As we know, this is an expensive sport so everyone sacrifices something for me, even my sisters. There are times when I know my parents are sick but yet I never missed a session, so the way they give motivates me. Even making the decision on where we live was based on me getting to the track, I owe them everything and I want to make them proud.

Q: An Ontario Provincial Champion and Bronze medalist at Canadian Junior Champs, describe to us how was that experience?
A: I got a Gold in Match Sprint, a Silver in the Kilo at Provincials and Bronze at Canadian Nationals. I also broke and held the Canadian record for the 500m in U17 category last year but I could not defend that title as I moved up to Juniors, so it was broken this year. Knowing that I was competing against the best in Canada pushed me to work harder and it also showed me where I needed to improve. It is great to be able to do what I love. When I'm on my bike I am happy, I feel free and everything feels possible. I'm thankful God gave me this gift.

Q: So you are returning to Trinidad for National Junior Track Championships in May, when last were you in Trinidad?
A: We left Trinidad in 2011 and I haven't been back since so I'm excited to come home to my family and friends and competing in Nationals at Arima Velodrome.

Q: What goals have you set for yourself for National Championships in T&T?
A: As always, I just want to do my best and whatever that brings me I'll be happy.

Q: But do you see yourself possibly qualifying to the National Team heading to Junior Pan Ams?
A: As a boy, I thought about representing my country, it would be like a day dream and in my head I would play out all the places I would travel, the things I would do, the people I would meet and I imagine it would be an awesome feeling but I don't want to jinx it, so let me work on making the time first.

Q: You train on a 250m indoor velodrome at Milton, Canada but you have competed in BMX at the Arima Velodrome, how do you compare racing on both types of track?
A: These two tracks are quite different, and I've gotten used to the indoor track but handling the resistance on Arima's track will take some work but I'll do my best.

Q: What goals have you set for 2016 and beyond?
A: The ultimate goal for me is to make it to the Olympics in 2020 and whatever is required to get me there, is what I'm willing to do.

Bonus Question: Can we expect to see your father draped in his legendary blue suit making a lap around the velodrome at Nationals shouting “BLUE!”?
A: Unfortunately, he is unable to come because of work, so maybe next time.

ttcyclingfederation.org was pretty disappointed that Rockland wouldn’t be able to reappear in his blue uniform but we are eager to see the return of Jetbox and what holds in store for him in the future. 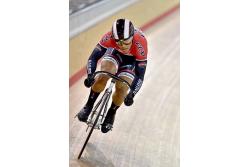