Upon an invitation from the World governing body for cycling, the Union Cycliste Internationale (UCI), the Trinidad & Tobago Cycling Federation (TTCF) representatives, President - Robert Farrier and Treasuer - Janelle Celestine met with several key members of the UCI at their headquarters in Aigle, Switzerland over three days this week. The purpose of the visit was to further talks and ties with the UCI and their assistance to T&T cycling and its development.

During their packed schedule, the TTCF met with the World Cycling Centre (WCC) Director, Fredric Magne and the WCC High Performance Manager, Belinda Tarling as they continued detailed discussions on establishing a satellite centre for the WCC at the National Cycling Centre in Couva. These discussions were essential to see T&T becoming the first country in the Western Hemisphere to have a permanent satellite centre. 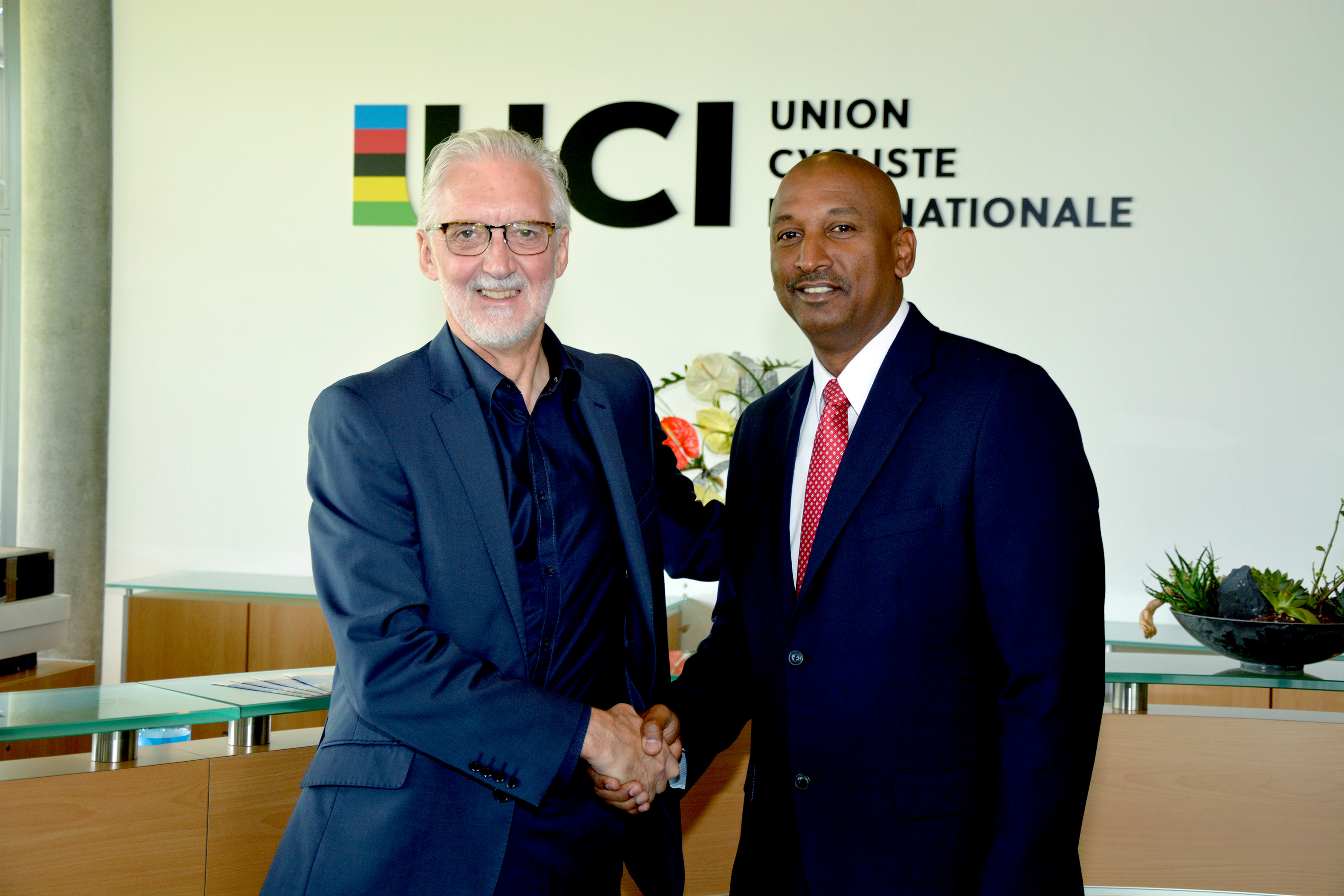 Farrier and Celestine were also given a tour of the facilities available at the World Cycling Centre where they were able to meet with Nicholas Paul and Kollyn St. George who are both trainees at the WCC.

The talks also extended to meetings with Gilles Perruzi, the UCI Track and Para-Cycling Manager to further discussions on T&T's interest of hosting a leg of the UCI World Cup Series in the near future. Once again, these talks were fruitful and provided the TTCF with detailed information, knowledge and a clear path forward. A UCI World Cup is yet another step to making cycling a viable option for Sports Tourism with over 400 persons from 40 countries competing in T&T for a week. It is a mouth watering opportunity that the TTCF is actively pursuing.

On their last day, the President of the UCI, Brian Cookson held cordial and meaningful meetings with the TTCF representatives as they discussed the impact of the National Cycling Centre on not only T&T but the Caribbean cycling and how can the relationship between the UCI and the TTCF be further strengthened.

The visit has already began to bear significant fruit as the TTCF continues to develop their cyclists and as well provide sustainable programs and financial support from grassroots to high performance. 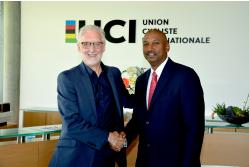