On an overcast Sunday morning in the heart on the Chaguaramas peninsular, Mountain Bikers gathered for the 2017 National MTB XCO Championships; one of the precursor events to the Caribbean MTB Championships to be hosted in T&T in October this year.

The course, developed by person with MTB at heart was a true test to all on the day. Aptly named “Black Bridge”, the technicality of the route laden with several obstacles including roots, fallen trees, etc laid the way for a trying time within the Chaguaramas Rain Forest. 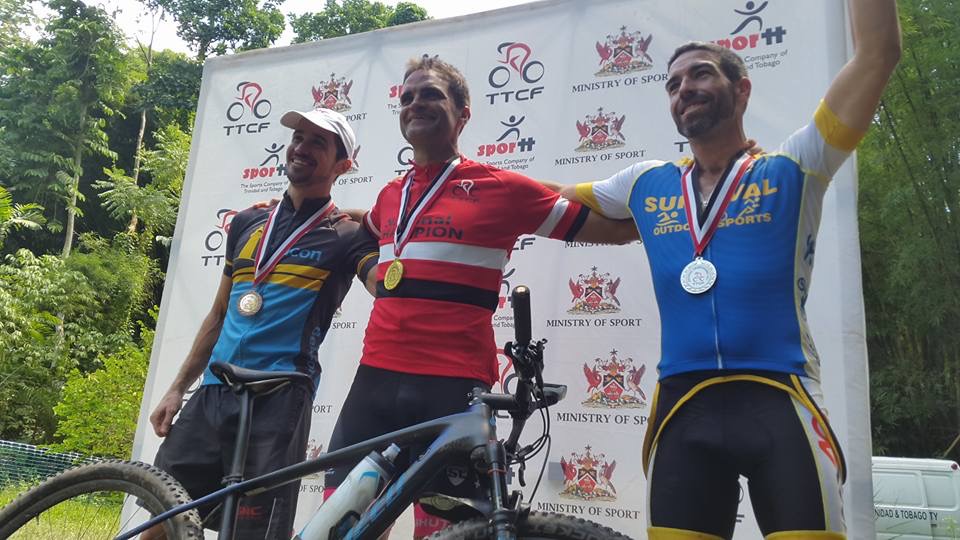 When the mud cleared, it was Chris Govia (Breakaway CC) who emerged as the National Champion, unseating former champions Ryan Chin (Breakaway CC) and Jason Costelloe (Beacon) to the National title. Govia, who only started competing four years ago, coincidently at a National MTB Championships, copped his first National title in fine style in a time of 1:41:54. Adam Farfan (Survival OS) was in a close second, just 40 seconds off Govia’s pace while Costelloe had to settle for 3rd.

Candace Chin Fatt (Breakaway) dominated the Women’s Category to successfully defend her National title for yet another year while Enrique De Comarmond (Heatwave) showed that he is not only dangerous on the track and road but he is a triple treat after taking the Junior Men category. Micah Augustine (MTB Kings) stood atop the top tier of the podium in the Juvenile Boys.

The Black Ridge course will be used once again on August 20th for the next leg of the MTB Series and the final qualifier for the National Team to represent T&T at the Caribbean MTB Championships. 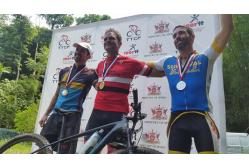