Russel Elcock (Team DPS) did enough to hang on to his Road Series lead to take top honours in Chaguarams this morning as the 3rd and final leg of the TTCF Road Series came to an end. While Elcock’s 8th place finish was sub-par to his previous performances,  on the day, reigning National Time Trial Champion, Akil Campbell (Team DPS) came out victorious finishing the 18km circuit in 26:51.85 while teammate, Tyler Cole came in a close second in 27:04.85. Team DPS swept the top three of the event when Jyme Bridges secured third in a time of 27:11.85. 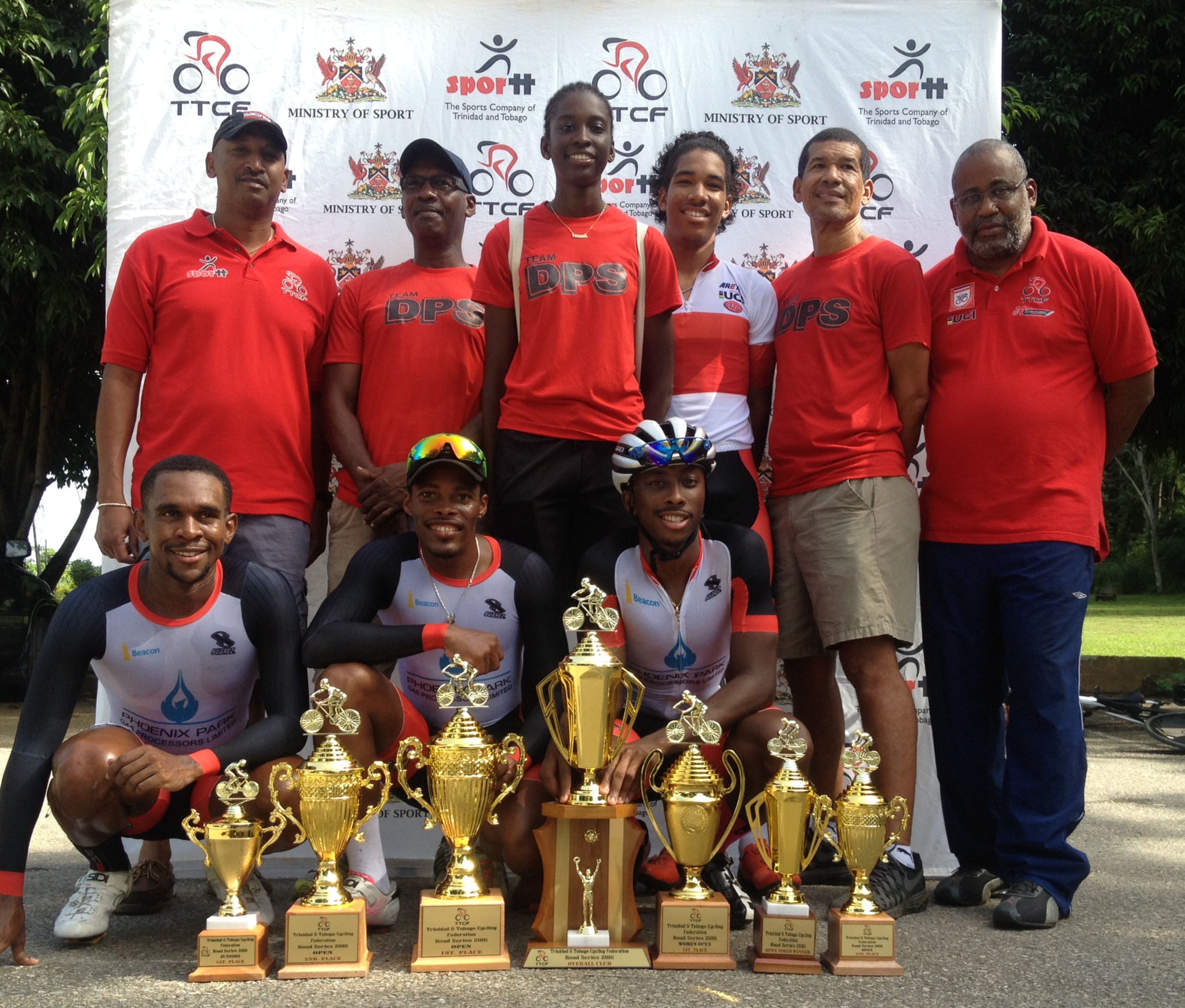 Overall in the series, Elcock finished on 14points while Bridges finished in second with 10 points, Adam Alexander was in third with 10 points as Akil Campbell rounded out the top four with 9 points.

The Junior Men category was won by Tyler Cole after he totaled an maximum 15 points over the 3 legs while Jabari Whiteman (Southclaine) was the Juvenile overall winner and Raphael Figueira (Breakaway) eclipsed teammate Mark Hosein for first by just one point.

Team DPS’ form continued as they were crowned the overall club champion finishing on 71 points, some 40 points ahead of their closest rivals in Breakaway CC. Elcock was also the Timed winner champion in an overall time of 4:57.26 over the three legs.


This event would not have been possible without the sponsorship of Breakaway CC and we are extremely thankful for their contributions to the sport!