Dominican Republic and Team Foundation took centre stage last night when the 4th annual Beacon Cycling on de Ave sped through Port of Spain. In the end, it was the prowess of Norlandy Sanchez representing Team Foundation that took the TT$10,000 first prize in the Main Event, 30 laps for Elite 1, 2 and Invitational.

Dropping the flag for the main event was new Minister of Sport and Youth Affairs, Darryl Smith who commented to the crowd that the sport of cycling had the full support of his Ministry; an announcement which was met with an appreciated applause. 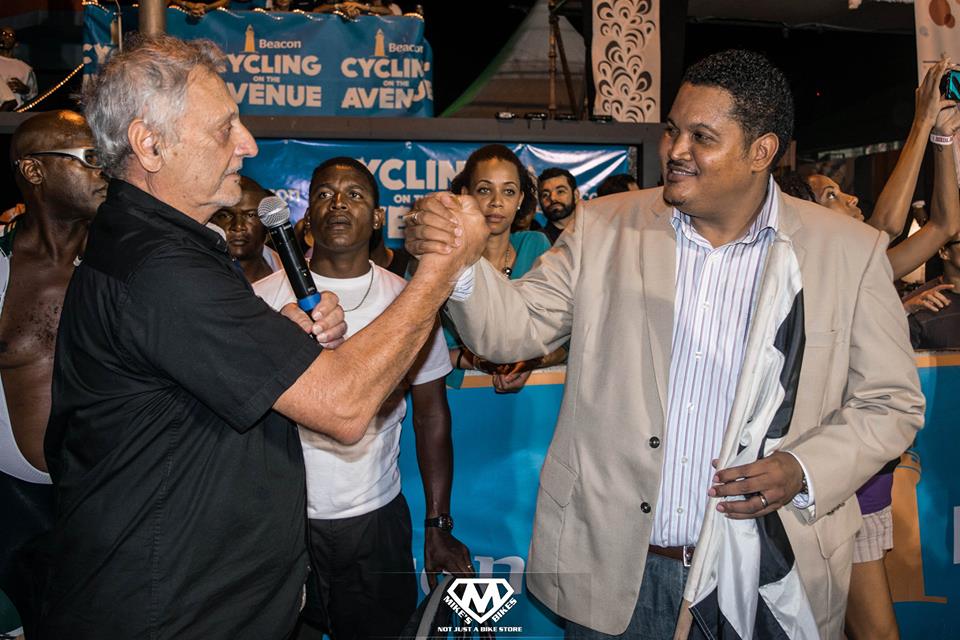 T&T’s best hope and winner of the Michael Phillips Republic Day Classic, Varun Maharajh (Sonics) crashed out of the race within the first 5 laps. However, it was Jamaican Marloe Rodman (PSL) who enjoyed the lion’s share of primes during the course of the race. Rodman, the winner of the TICC 2015 just under a week ago was also followed by Rafael Meran (Team Foundation) and Felix Cruz (Team Foundation) in chasing valuable primes.

With the high pace event, no break lasted more than a lap, setting up a massive sprint down the last 200m. Sanchez though would sprint ahead of any of his closest rivals with his hands punching the sky. Bajan, Darren Matthews riding for Team Cocos grabbed silver while Antiguan, Jymes Bridges riding for local club, Team DPS was third. Akil Campbell (Sonics) was the top T&T cyclist while Tyler Cole (Sonics) was the top Junior cyclist in the main event.

Cole also captured the Junior event earlier in the night in a sprint finish with Nicholas Paul (Unattached) while Jabari Whiteman (Southclaine) continued to be dominant in the Juveniles category. The reigning Junior Women double Caribbean Champion, Teniel Campbell (Sonics) was the top Lady after defeating Jamaican, Dahlia Palmer (Team DPS) in a sprint finish. 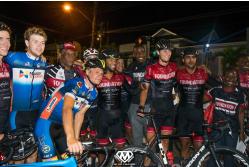