The Trinidad & Tobago’s Cycling Federation Annual General Meeting will be held at the National Cycling Centre on Saturday December 3rd 2016. The agenda for the meeting is as follows:

AGENDA:
1. To confirm the minutes of the 2015 Annual General Meeting and the Extraordinary General Meeting held on July 23, 2016.
2. To deal with any business arising from the Minutes of the 2015 Annual General Meeting and 2016 Extraordinary General Meeting.
3. To receive the report of the Council on the activities of the Federation in 2016.
4. To receive the report of the Honorary Treasurer on the finances of the Federation, together with the audited financial statement for the previous fiscal year.
5. To discuss and deal with the reports submitted.
6. To announce the delegates of member clubs appointed to the Council.
7. To elect the officers and other members of the Council for the ensuing year.
8. To appoint Auditors.
9. To consider and determine any motion or other business included in the agenda or, if not included therein, which all the members present and two thirds voting may agree to entertain. 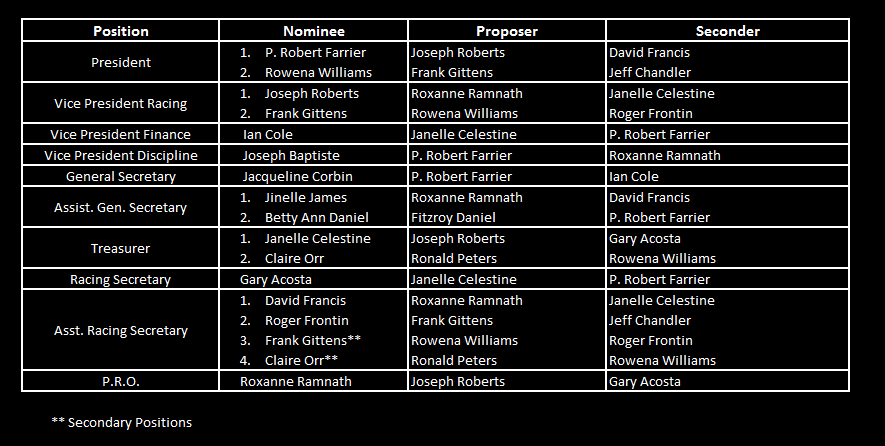