Still only 15 years old, Jabari Whiteman continues to show true mettle and determination like no other cyclist. Riding in the red, white and black of the Junior National Team, Whiteman completed the 1 lap course of the Queen’s Park Savannah in a blistering time of 4:43.09. With 8 other cyclists dipping below the 5 minute barrier, his closest competitor was James Hadeed (Heatwave) in a time of 4:51.06 with Phillip Clarke (Unattached) in third with a time of 4:55.46 at the Knights FR – Roger Smart Memorial Sprint Time Trial.

With 99 persons on the start list for the event, all in attendance knew that the winning time would have been sub-5 minute. So when another bright youngster in the name of Enrique De Comarmond (Junior National Team) stopped the clock at 4:59.56 early in the proceedings, it quickly became the time to beat. Only just recently turning 15, De Comarmond along with Whiteman will be flying the T&T flag high at the Junior Caribbean Road Cycling Championships in St. Lucia at the end of July.

As the heavy hitters rolled in with their best times coming to the end of the event, it was clear that the time recorded by Whiteman was not going to be beaten. Highest seed from last year’s event, Jovian Gomez (PSL), was only able to muster a 5th place overall, down from this third place finish last year. 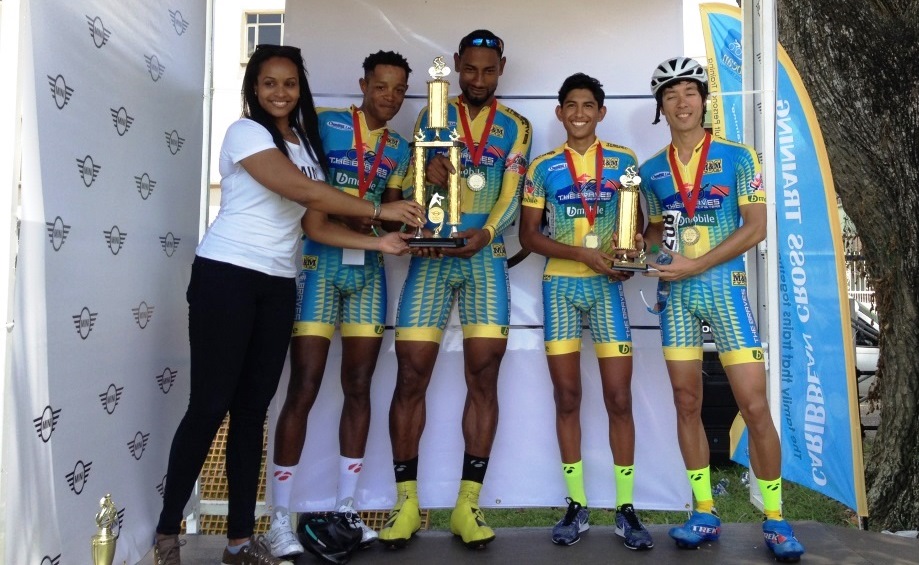 A new addition to the event, Team Time Trial followed shortly after the Individual Time Trial was completed. It was the quartet of Peter Thompson, Rowan Wilson, Adam Francis and Nikholai Ho of The Braves who emerged champions in a time of 9:48.14 after completing 2 laps of the course. That time was just 1.04 seconds quicker than the Junior National Team comprising Whiteman, De Comarmond, Sidney Joseph and Ronnell Woods.

Christiane Farah (PSL) was the top Lady ahead of Teniel Campbell (Team DPS) and Dahlia Palmer (Team DPS) while Gregory D’Andrade (PSL) and Derrick Simon (Breakaway) was the pick of the lot in the Masters 50-59 and Masters 40-49 categories respectively. 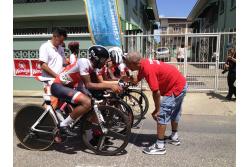