The gala Awards Ceremony at the National Cycling Centre saw the gathering of T&T’s top cyclists to celebrate the most outstanding athletes, administrators and supporters from the Youth Development Under 7, all the way to the Masters 70+. The ceremony, which awarded cyclists for two years, 2015 & 2016 also featured two addresses from TTCF President – Mr. Robert Farrier and the Chairman of the Sports Company of Trinidad & Tobago – Mr. Michael Phillips on behalf of the Minister of Sport and Youth Affairs.

The highlight of the event, the distribution of the President’s Cup to the Most Outstanding Elite Male cyclist through National Championships saw Mr. Akil Campbell topping the 2015 award while Mr. Gevan Samuel received the 2016 award, his second President’s Cup in three years. 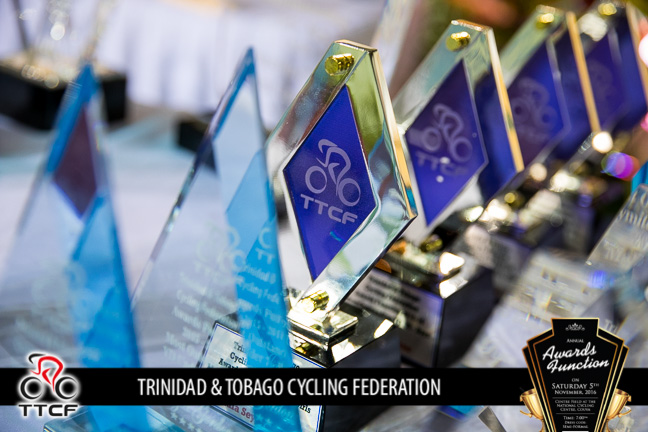 The President’s Cup, which was conceptualized by the late Sir Ellis Clarke when he donated an award to the event as the patron of the Federation to the most Outstanding Elite Male cyclist through the National Championships is the most prestigious award presented by the TTCF.

The awards also featured Mr. Anthony Sellier copping the 2015 & 2016 Coach of the Year Award while Rigtech Sonics and Breakaway CC shared the 2015 and 2016 awards for the Club of the Year. For his exciting performances on the International circuit, Mr. Njisane Phillip copped the Most Outstanding International Cyclist of the Year for both 2015 & 2016 while Ms. Jodi Goodridge (2015) and Ms. Teniel Campbell (2016) were the Elite Women Champions.

Special Awards were also distributed to recognize the long and dedicated service to Mr. Emile Abraham and Mr. Shannon Mettivier as well as Media Recognition Awards to those in the journalistic field who continue to contribute to the promotion and coverage of cycling in Trinidad & Tobago.

Relive the night through Images 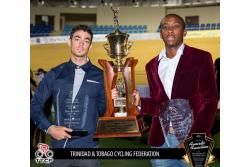