Colombian cyclists took the majority of the spoils on the first day of the National Cycling Centre Opening event in Couva last night. Anderson Parra (COL) and Sol Angie Roa (COL) took top honours in the Men Sprint after both qualifying first with nippy times of 10.335 and 11.961 seconds respectively.

Parra defeated countryman Diego Pena while Roa got the better of her teammate Adriana Daza in the fight for gold and silver. In the endurance spectrum, Javier Gomez (COL) took the grueling Elimination ahead of Antonio Torres (CHI) and Jamol Eastmond (Heatwave) from Barbados. 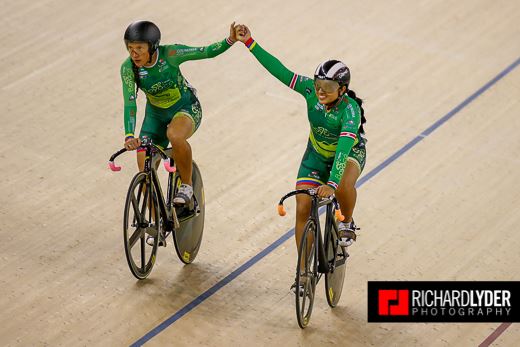 The curtain event, the 10km Scratch Race was keenly contested until Torres and Gomez broke free to gain a lap on the bunch with just 2 laps remaining. In the final mad sprint to the finish, Torres was able to reverse the order of their finish to take the Scratch Event with Samuel Dakin (NZL) capturing the bronze medal.

The second and final day will see the Women battle in the 500m Time Trial and the Keirin while the men compete in the Elimination, Keirin and Scratch Race to close the exciting two day affair. 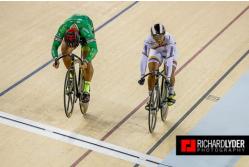