Arima Wheelers’ Ryan D’Abreau was a cut above the rest in the Tinymite Men category as the youngster captured all three events on the program when the third leg of the Track Series pedaled off at the Arima Velodrome. With the use of the National Cycling Centre becoming more and more prevalent, the TTCF ensured that grassroots and developmental tracks such as the Arima Velodrome also receives its fair share of action. 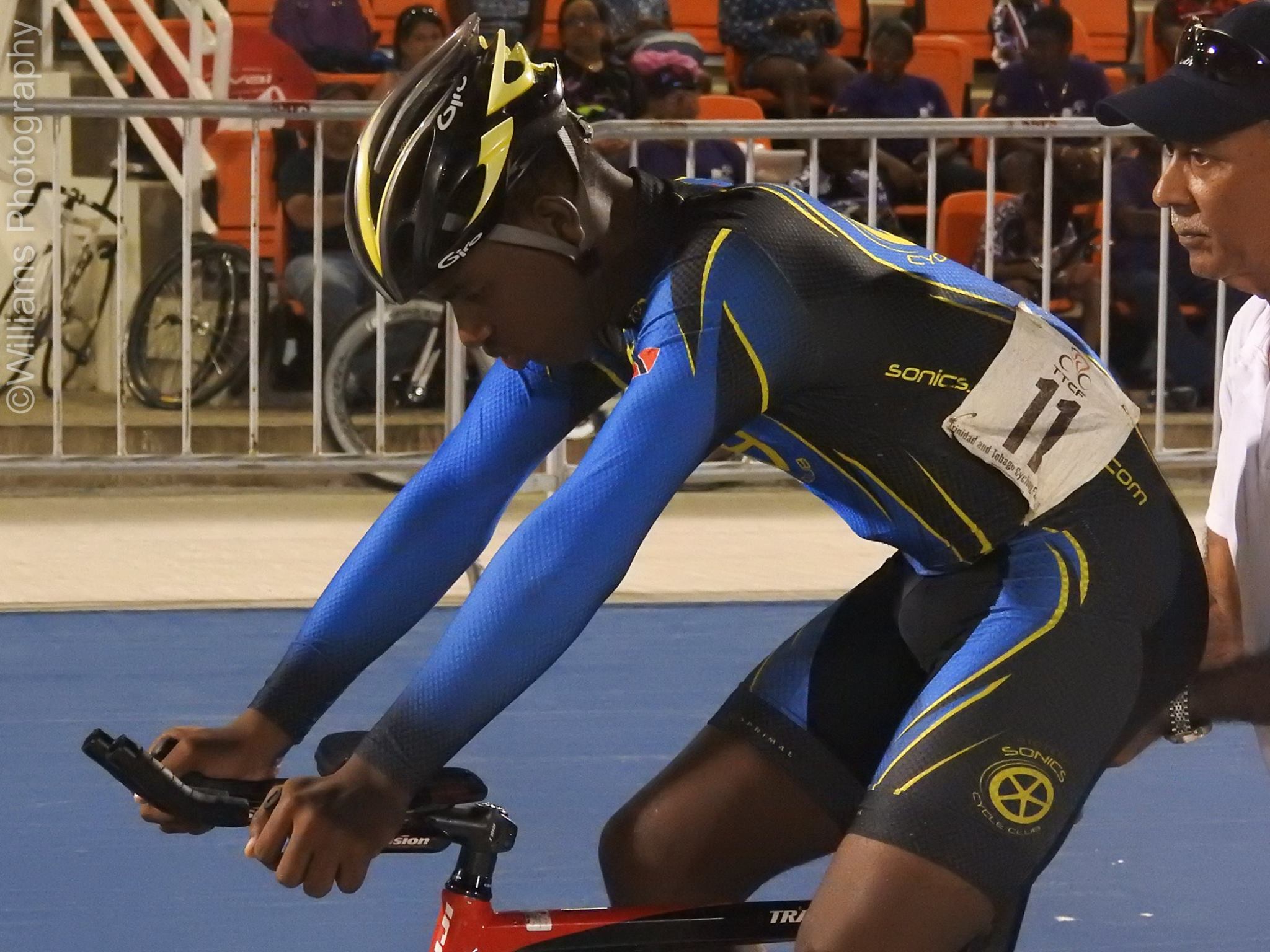 D’Abreau captured the 2 Laps, 500m and Elimination event for the Tinymite Men while the likes of D’Angelo Harris (Sonics) and Justin Baptiste (Breakaway) shared the spoils in the Juvenile Men. Pat Nelson (Breakaway) continued his dominance in the Masters 70+ age category as he won both races and then stole the march to win the Masters Handicap Open – 10 Lap race. Marque Carvalho (Heatwave) was in a close second in the Masters Handicap Open while former Olympian, Robert Farrell (Southampton) grabbed third.

In the main event for Elite 1, 2, Juniors and Juveniles – 40 Lap Points Race, the Bajan duo of Edwin Sutherland and Jamol Eastmond (both riding for Heatwave) were just too much for the peloton to handle. Sutherland and Eastmond lapped the field twice despite several financial rewards being donated by the spectators for anyone to catch the Heatwave break. The unassailable lead was confirmed when Sutherland finished on 68pts, Eastmond on 62pts and the Junior cyclist, Lorenzo Orosco (Team DPS) ending on 18pts.

The 4th and 5th leg of the Track Series continues on the 25th and 26th March with the same format as this weekend as cyclists continue to vie for spots on the National Team for Southern Games.