The inaugural Fire on Wheels – Endurance Night sponsored by PSL Cycling Club pedaled off on Saturday at the National Cycling Centre with action from start to finish. Jamol Eastmond (Heatwave CC) and Teniel Campbell (PSL) were dominant in the Men and Women categories as they both walked away with the $1,500 first prize for their respective categories.

With the Elite & U23 National Track Championships under two weeks away, the Fire On Wheels was a perfect opportunity for the Endurance cyclists to gauge their progress and the progress of their rivals. Some of T&T's top Endurance cyclists were on hand to fine tune their racing before the big event from 10-14 August, 2017. 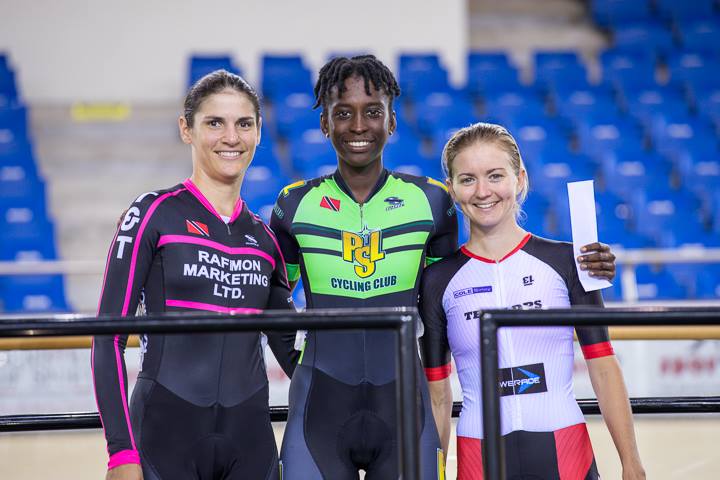 Both cyclists captured the Tempo Race, Elimination and Points Race on the night to finish well ahead of their closest competitors. In the Men Open category, there was a tough battle for second and third with Adam Alexander (Team Foundation) and Akil Campbell (PSL) going attack for attack in all three races. Edwin Sutherland (Heatwave) however kept in close contact and timed his jump perfectly in the Points Race. Sutherland captured the double points on the last sprint to overtake both Alexander and Campbell by just 2 and 3 points each.

The Women Open was also competitive as Christian Farah (Breakaway CC), Alexi Costa (Heatwave CC) and Tamiko Butler (Team DPS) battled all night for the second spot. The Antiguan, Butler would show her grit to come back and take the second spot in the Points Race and the overall bridesmaid position.

Marlon Joseph (Hummingbirds) took both the Scratch and Pointer for the Masters Open while Desmond Roberts (PSL) and Peter Hernandez (Hummingbirds) rounded out the top three.

Speaking at the start of the event, president of PSL Cycling Club, Desmond Roberts indicated his intention to make the Fire on Wheels a four weekend extravaganza in 2018 with valuable UCI points up for grabs. 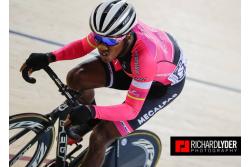