New Velodrome: A Cathedral to Churches

Call it naive, but being an International Commissaire for the UCI since 1997 and officiating in International events across the globe in cities where we only dream to be in, is a suffice definition of experience. Before taking up his role as President of the Commissaires Panel at the next UCI World Cup in Santiago de Cali, Colombia at the end of the month, Randy Shafer visited the twin island republic of Trinidad & Tobago last weekend to conduct a three-day Commissaire introduction course.

As part of this course, Shafer was afforded the opportunity of visiting the spanking new facilities of the National Cycling Centre in Balmain, Couva. Though finishing touches were being applied to the building, Shafer along with 15 Commissaire hopefuls and TTCF President, Robert Farrier toured the amazing structure.

As the Colorado Springs resident walked up the entrance ramp, the crisp audio system resonated throughout while the mesmerizing video boards lit up the 250m spectacle. When asked what does he think about the velodrome, “I’ve been to many churches around the world”, Shafer commented, “and this is a Cathedral”. 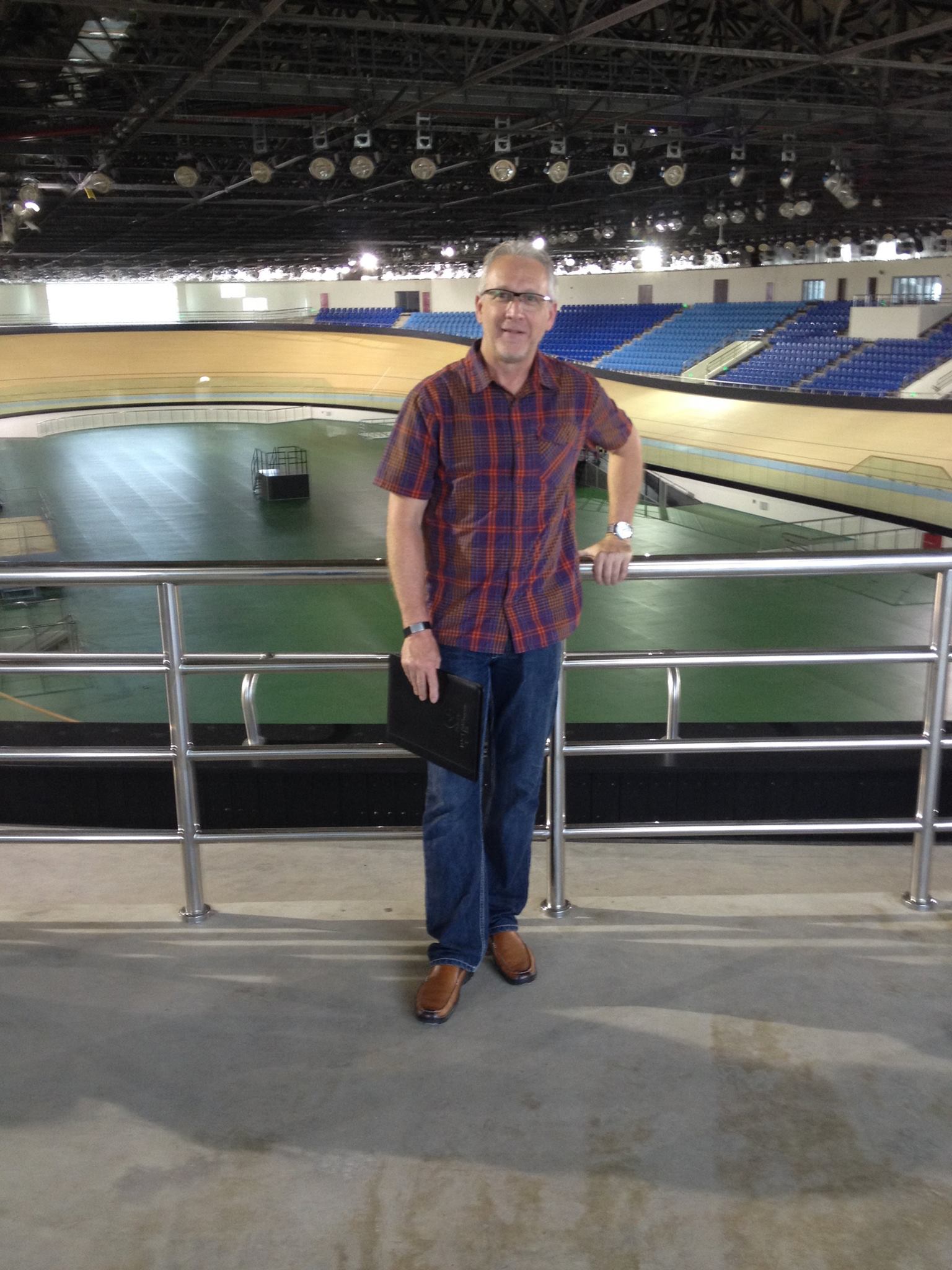 Shafer poses atop turn 1 of the National Cycling Centre

The pride in those in attendance was evident. The seal of approval was handed out by one of the most experience officials in UCI track cycling and a world class velodrome was now at the tips of every T&T track cyclist’s wheel.

If one was to speak to Gene 'Geronimo' Samuel, he would tell you that a facility of this standard is a dream for cyclists and he wished that he had something 1/10 of this calibre during his racing days. Ever since his 4th place finish in the 1km TT at the 1984 Los Angeles Olympics, Samuel dreamed of this construction. To finally see it in its glory, we are sure is a sight for sore eyes.

Ultimately, the preparation of our Elite cyclists for the next Olympics and beyond and the development of our youngest cyclists into tomorrow's stars have all received a major boost. 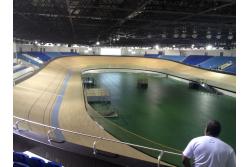