As the UCI Grand Prix season swings into full effect, T&T cyclists have begun to venture out of Trinidad and Tobago in the hunt for precious points necessary for qualification for the 2017/2018 UCI World Cup Series starting in November. Included in this thrust for points are Nicholas Paul and Kollyn St. George; while they go through their regiment at the World Cycling Centre in Aigle, Switzerland they are also exposed to high calibre racing throughout the European circuit.

Paul, the 2016 Junior Pan American Champion has been turning heads even though this is his first year on the Elite circuit. Earlier in May, he finished third in the Sprint and Keirin in the Coupe de France Fenioux after qualifying first in the Sprints in 10.849 seconds. That field included the likes of Olympic Silver medalist in the Team Sprint, Michael D’Almedia while St. George was 6th overall in the Elite Women after qualifying in a time of 12.770.

Over the past weekend, Paul and St. George traveled to Germany to contest three Class One events at the semi-covered 200m track in Gäufelden – Oeschelbronn, then the outdoor 333m track in Oberhausen and closing in the 250m outdoor track in Dudenhofen over the three days. The event, entitled the 4 Bahnentournee (4th 3 Stage/Event Tournament) was littered with the who’s who of International cycling. 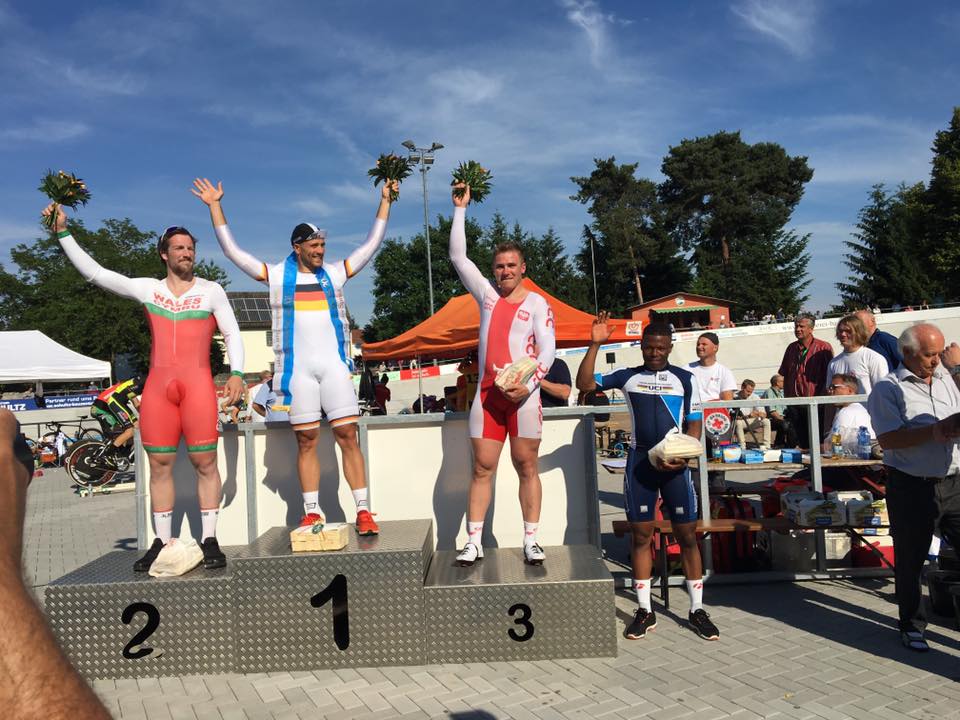 Nicholas opened his account after qualifying first in the Flying 200m in Gäufelden – Oeschelbronn with a time of 10.417 seconds. Nicholas’ inexperience at this level however saw him being eliminated in the next round by the eventual 3rd place winner. The field however was world class and included double Olympic medalists, Callum Skinner and Philip Hindes of Great Britain, multiple World Champion Jeff Hoogland (NED) and Damian Zielinksi (POL) to name a few.

St. George qualified in the women’s sprint with a time of 11.875, two hundredths of a second off of her personal best and National Record of 11.854 set at the high altitude track in Aguascalientes.

On the second day of Bahnentournee, Paul competed in the Keirin and made it all the way to 7-12 Final where he was adjudged 9th overall once again, coming up against a World Class field.

As the event drew to a close in Deudenhofen, the flying 200m was on show once again with the young Trinbagonian qualifying second fastest; just behind multiple World Champion Maximillian Levy of Germany. Paul would finish fourth overall behind Levy, Lewis Oliva (GBR) and Damien Zielinski (POL) to close off an impressive showing against some of the best cyclists in the world. 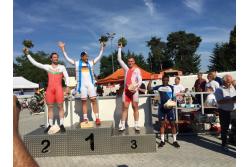