Rodman rides away with UCI Scratch

Marloe Rodman (JAM) displayed fine form at Day 1 of the UCI sanctioned Easter Grand Prix when he stole a march on the main peloton in the curtain event, UCI 15km Scratch Race for Elite Men. With 15 laps of the 33 laps remaining, Rodman was finally successful in breaking free of the bunch after his previous onslaught of attacks was futile. The Jamaican would lap the bunch with one lap remaining to cross the line with both hands punching the sky.

Earlier in the night however, Njisane Phillip (TTO) was definitely the star of the show after he captured the International Men 500m and 7 Lap event with his trademark burst of speed down the back straight. In the International Men 10 Lap, Phillip began the “Trini Train” with one lap to go, however, the crowd was just too thick for them to pass safely with 250m togo. All hope for a Trini podium looked gloomy until the youngest member on the National Team, Jabari Whiteman leaped out from the front and left all in his dust. Whiteman would finish at least 5 bicycle lengths ahead of Javier Aguero (VEN) and Keron Bramble (TTO). 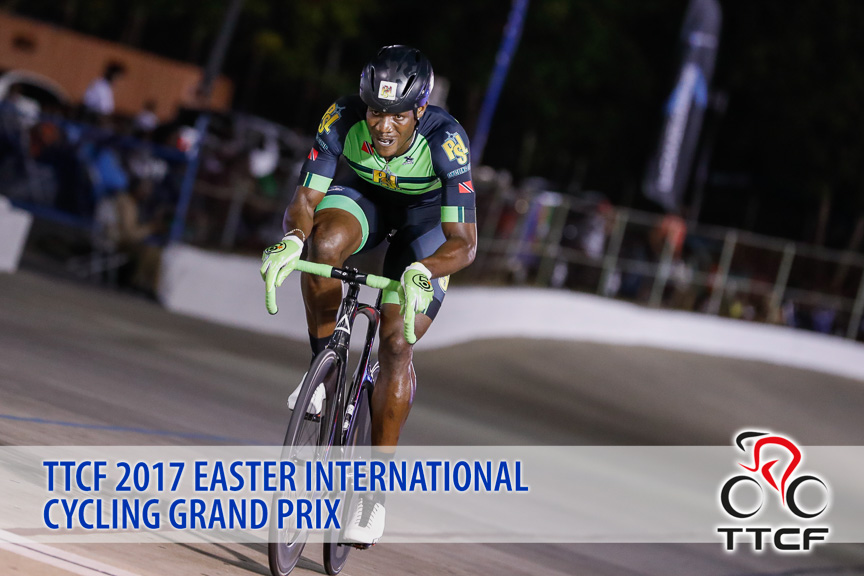 The sole T&T female on the National Team, Teniel Campbell proved her selection with a solid performance against some tough competition from Venezuela, Colombia, USA and Canada. After finishing third and second in the 4 Lap and Elimination event respectively, Campbell turned it up a notch in the 8 Lapper.

With 250m to go, she accelerated and never looked back! As Campbell crossed the line she punched her chest to celebrate her hard earned victory.

On Saturday, the Easter Grand Prix rolls back into the Arima Velodrome for Day 2 and will feature the UCI Keirin for Men and Women and the UCI Scratch Race for Men. Gates open at 3:00pm, Racing starts at 5:00pm and Admission is only $50 for adults and $10 for kids under 12. 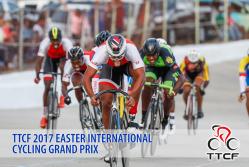