In his 7th year as an Elite Cyclist, Njisane Phillip will finally be making his debut at a UCI World Track Championships and it couldn’t come at a better time with the Siparia native at the cusp of his second Olympic berth. Phillip’s absence at the last six Championships have not come without reason and it seems as though the stars have finally aligned and are awaiting his arrival.

2010 – Copenhagen, Denmark
Even though Phillip announced his arrival to the cycling world with a triple gold medal feat at the Junior Pan American Championships in 2009, he would have only become an Elite cyclist in January of 2010. This therefore would have been too short of a time for him to gather the required points before the end of the qualification period at the end of that said month. This obviously ruled him out of the Worlds.

2011 – Apeldoorn, Netherlands
Phillip’s first real chance at qualification was snubbed once again in January of 2011 after a crash at the World Cup Cycling Classics in Beijing saw him breaking his clavicle and essentially out of competition and out of contention for the World Champs.

2012 – Melbourne, Australia
An impressive performance at the Elite Pan American Championships, where he won the Sprints, gave Njisane a comfortable Olympic qualification lead going into the Championships. A crash in the Keirin a day later at the Pan Ams and a decision to rest and recover after five months of top level International cycling did him well as he would capture 4th at the Summer Olympic Games in London that year. 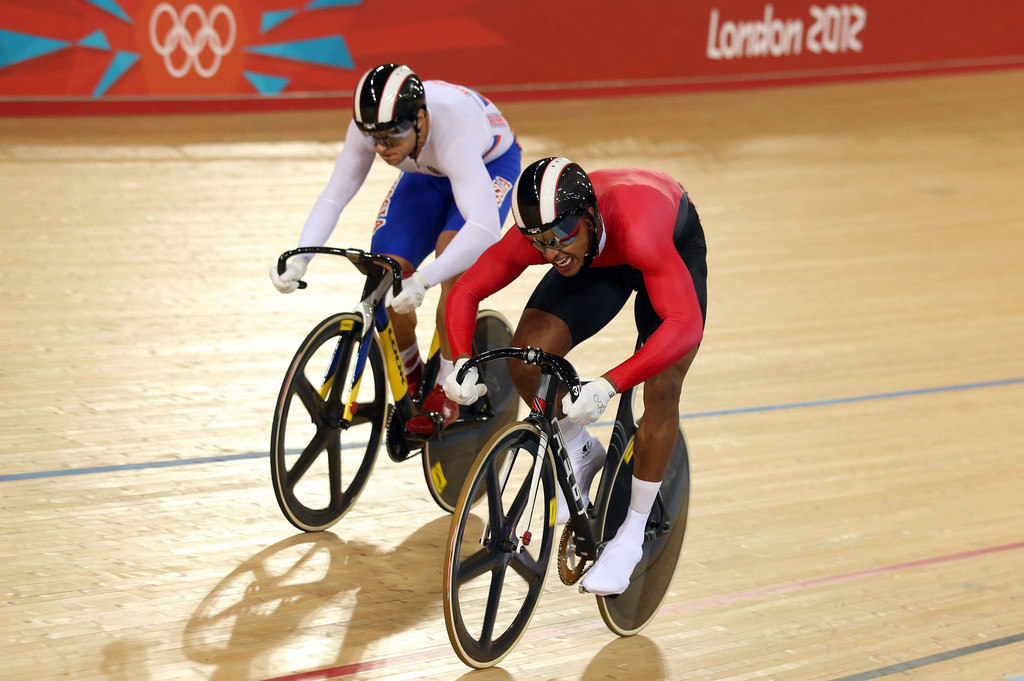 2013 – Minsk, Belarus
A full year of top level International cycling after recovering from his broken clavicle which climaxed with an impressive performance at the quadrennial Olympic Games the Summer before, saw the National Sprint Champion sit out of International competitions for a remainder of 2012 and early 2013. Even though his London performance gained him qualification to the “Worlds”, Phillip decided that it was not in his best interest nor was he in the required form to compete at such a level after his layoff.

2014 – Cali, Colombia
Coming off two impressive World Cup legs for the season, Phillip marked his return to World stage once again. A silver at the Manchester World Cup and blistering new National Record at 9.643 seconds in the Flying 200m at the second World Cup in Aguascalientes, he was on course for qualification and a main contender at the Championships in Colombia. Tragedy struck once again in January when Phillip had to be hospitalized after complaining of stomach pains at his Los Angeles training base. It was later revealed that he suffered collapsed kidneys, again ruling him out from the event in April.

2015 – Saint-Quentin-En-Yvelines, France
Still trying to recover and return to his pre-kidney failure form, Phillip would have an ordinary showing at the 2014/2015 World Cup season, seeing him marginally qualify for the World Championships. Not satisfied with his form or fitness, especially knowing the potential that he can achieve, Njisane along with his Management Team decided that it was not in his best interest to compete at the event in France.

A look ahead - 2016 – London, England
After 6 years, the reigning Keirin and Sprint National Champion is primed up and ready to place his bike on the line at the boards in the Olympic Velodrome in London. For years he has been waiting on this opportunity and it seems as though this may just be his year! Now under the tutelage of Colombian coach, Absie Rincon and based at the 250m velodrome in Santiago de Cali, Colombia, Phillip impressed with a top 8 finishing at the last World Cup in Hong Kong after qualifying second fastest. Rincon will once again lead his charge into battle with the wolves, this time in London from 2-6 March, with the assistance of Gary Acosta (Manager) and Elisha Greene (Mechanic).

It is interesting to note that T&T’s last medal at a World Championship came in the form of a bronze by none other than Gene Samuel in the 1km Time Trial in Stuttgart, Germany in August 1991. Just about 2 months after the birth of a speedy, Siparia youngster by the name of Njisane Nicholas Phillip. 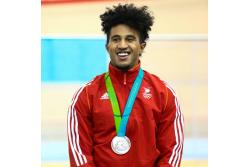