A strong 17-person National contingent will leave their various training and competition bases today en route to Santiago, Chile to compete at the Elite Pan American Track Cycling Championships from the 2-6 September.

For the first time, T&T will field a female team sprint with the former Junior Pan American Team Sprint champion duo, Aziza Browne and Jodi Goodridge facing the best in the Western Hemisphere. After a whirlwind year in the Junior ranks, Teniel Campbell will make her Elite Women debut when she pedals around the track as the lone female enduro.

The younger Campbell (T), finished a commendable 4th place in the Omnium at the Junior Pan Ams and then captured double Gold in Puerto Rico at the Junior Caribbean Road Championships at the start of the August. Her performances there, coupled with her Elite Pan Am assessment in June, made her eligible for selection.

Also a feature for the first time at an Elite Pan Ams for T&T is a Male Team Pursuit with Maharajh, Campbell (A), Gomez and Nero lining up for this event. With 6 cyclists making their debut at an Elite Pan Am Championships, T&T will still be looking for some solid performances from the fledglings.

The key focus for the event however lies with the likes of Phillip, Alexander, Browne, Codrington and Roberts who will be entering into the Sprint, Keirin and Team Sprint events to not only capture Pan American medals but to gain vital Olympic Qualification points towards Rio2016.The team charged with the responsibility of managing our largest contingent is David Francis (Manager), Robert Farrier (Sprint Coach), Ashton Williams (Endurance Coach), Elisha Greene (Mechanic) and Christopher Pitt (Mechanic).

The first day on Wednesday will see 10 of the cyclists competing with Team Pursuit, Men & Women’s Team Sprints and the Women’s Scratch Race will be featured.

The Trinidad & Tobago Cycling Federation will keep you abreast via our Facebook Page  along with daily summaries provided via www.ttcyclingfederation.org 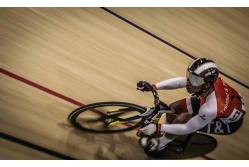