There's a petition apparently being circulated to rename Teniel Campbell as the Couva Princess, and rightfully so! The tall PSL cyclist once again dominated the Women's proceedings on Day 4 of the 2017 Elite & U23 National Track Cycling Championships on Sunday evening.

Campbell started the day firstly by cooly setting a new National 3km Individual Pursuit record with a time of 3:55.449, eclipsing her own previous record of 3:56.863 set back in 2015 at high altittude in Chile. Campbell's closest competitor was newly switched track cyclist, Alexandra Bovell (Unattached) in a time of 4:00.847 with Christiane Farah (Breakaway) in third with a solid 4:11.074 pursuit. 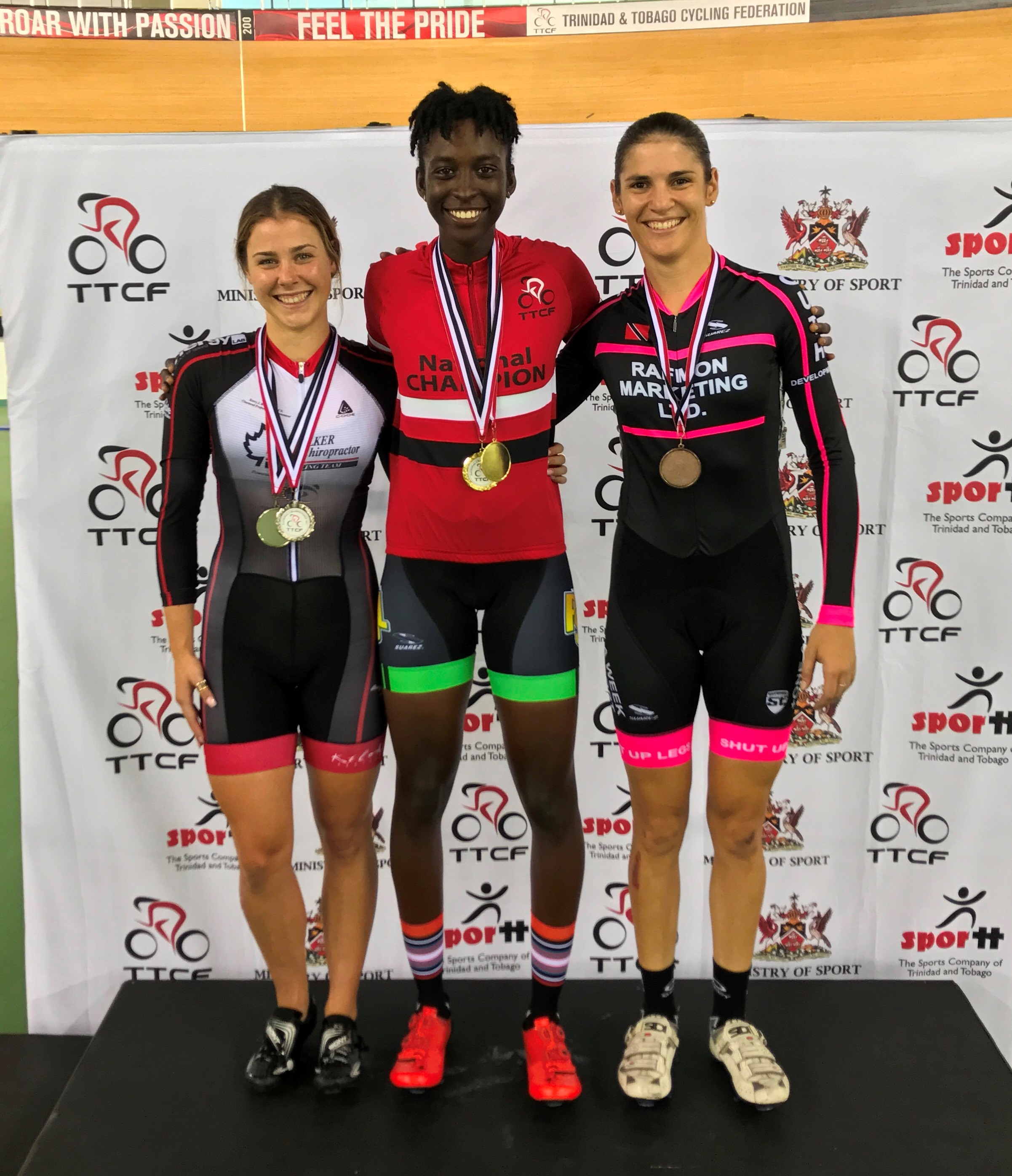 Teniel did not stop there though and saved the best for last when she came up against Kollyn St. George (Breakaway) in the 500m Time Trial. With half lap remaining, St. George was comfortably 0.3 seconds ahead but when the clocks stopped on both ends, Campbell was adjuged the winner by 0.001 seconds in a time of 36.507 seconds.

Jovian Gomez (PSL) snatched the 4km Individual Pursuit event in a time of 4:52.909, just ahead of teammate Akil Campbell (PSL) in a time of 4:53.422. Quincy Alexander shurgged off the pain from his long fall on Saturday morning in the Sprint Qualifications to set a solid time of 1:05.315. In the process he captured the 1km Time Trial title with Akil Campbell in second and Ako Kellar (Team Foundation) in third.

The 4-day Championships was definitely successful with some of the highest level of racing experienced on local soil can only mean positive things with the Elite Pan American Track Championships in just 2 weeks time. 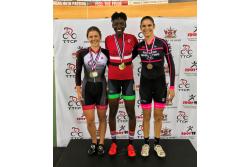