The 2017 track season pedaled off at the Arima Veldrome on Saturday afternoon with an actioned packed 34 event program on hand. The Raffle Sprint, which saw cyclists randomly drawing to determine their opponent saw a quarter-final draw that some thought would have been an exciting final. The luck of the draw however saw Sei Daniel (AWCC) and Azikiwe Kellar (Team Foundation) square up against each other. Daniel would go on to beat his older counterpart and eventually took the overall event after dispatching Haseem Mclean (Unattached) in the Semi-Final and teammate Chaquille Henry (AWCC) in the Final. 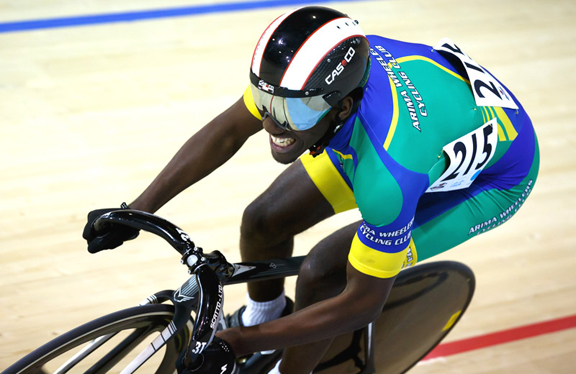 Jamaican, Dahlia Palmer (Team DPS) won the women’s version of the Raffle Sprint while Teniel Campbell (PSL) was the victor in the Women’s Keirin. Kellar returned to exact revenge in the Keirin as he leaped out of the bunch with 250m to and never looked back. Thireef Smart (Breakaway) was his closest rival in second while Sei Daniel closed out the top three.

Gavyn Nero (Team DPS) timed his break to perfection to win the Elite 1 & 2 – 10 Lap Snowball to finish on 34 points with Adam Alexander (Team Foundation) in second on 11. The curtain event, the 7km Tempo Race went right down to the last sprint to determine the winner. Lorenzo Orosco (Team DPS), Edwin Sutherland (Heatwave) and Enrique De Comarmond (Heatwave) broke free with just 6 laps in as the trio battled for points every lap. In the end, Sutherland would take the overall win with 6 points while young Orosco finished in second with 5 points and De Comarmond in third with 3 points. 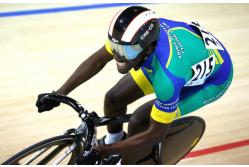