After receiving unanimous support from all clubs present at the most recent General Council meeting, followed by glowing support from the Minister of Sport, the Honourable Darryl Smith on Friday, this country will now host a major continental cycling event for the first time ever!

The 2016 Junior Pan American Track Cycling Championships will head to the shores of our country from the 27-31 August at the brand new National Cycling Centre in Balmain, Couva. Minister Smith was in high praise for the initiative and was vocally supportive of the venture.

The event, which will pit home team Trinidad & Tobago against Junior cyclists from all over the Americas and the Caribbean is poised to be the biggest cycling event ever hosted in the Caribbean’s most southern island. Over 200 cyclists from over 20 countries will do battle on pristine boards in Couva.

Following the support received, COPACI president, Jose Palaez was informed and he too was ecstatic about the news. Palaez had a personal tour of the venue in October last year and was in awe of the quality and the facility’s grandeur. A local organizing committee has already been formed and is currently working assiduously at planning and raising the funds required to make the event a huge success.

Speaking with ttcyclingfederation.org, President of the TTCF, Robert Farrier could not contain his elation that such a prestigious event, one that T&T has been highly successful at in previous years, will be coming home to T&T! Farrier stated that it is a perfect opportunity for Trinidad & Tobago to support their own, right here in Couva as the National Team sets off fireworks on the track on Independence weekend.

Farrier also noted that the event is an opportune example for the Federation to move away from single source funding from the SporTT and it is an attractive opportunity for Corporate Trinidad & Tobago to buy into. With expected media coverage from South, Central, North America and the Caribbean paying attention to the event coupled with the thousands expected to be in attendance over the five day event, it is a marketing dream waiting to be lapped up.

More information will be updated via the TTCF event page: http://ttcyclingfederation.org/track/track-events/2016-junior-pan-am.html 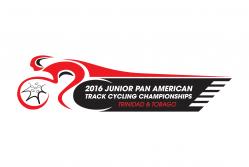