The gala awards for Trinidad & Tobago’s top cyclists and administrators will take place centre field at the National Cycling Centre on Saturday 5th November from 7:00pm. The event which will honour the top cyclists throughout both the 2015 and 2016 cycling seasons is expected to be a grand affair for all within the cycling fraternity with the state of the art NCC as its backdrop.

All CYCLISTS, COACHES, OFFICIALS & GENERAL MEMBERS are  invited to attend and celebrate our champion cyclists for the past two years. 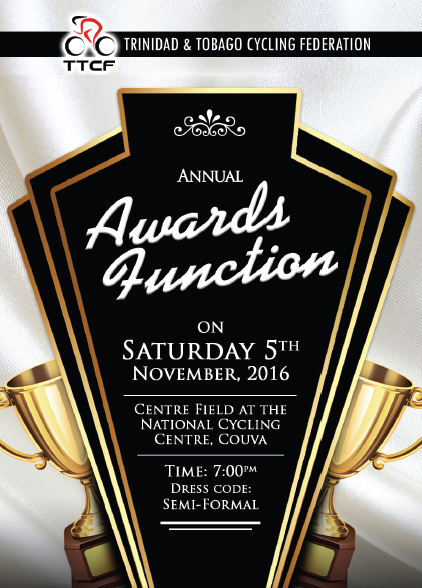 Awards will be distributed to the champion cyclist in each category from Youth Development Under 7 to Masters 70+ and will also feature special recognitions to those who have contributed significantly to the development of cycling throughout the years. The coveted President’s Cup for both years will also be distributed.

Following the formal part of the ceremony, food and drinks will be served at the social portion of the event.

For more information, contact the TTCF at [email protected] 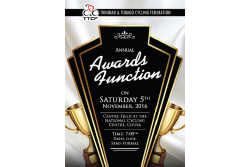