Jabari Whiteman competed in almost every event on the race card on Saturday evening and came out on the podium in all. The youngster, now sporting the Heatwave CC uniform was victorious in the Feliz Eliminacion, Overall Endurance and Santa Sprint while he took third in the Parang Tempo.

For his spoils, Whiteman not only received goodies from different sponsors but also won free registration for all TTCF hosted events for 2017, valued at approximately $2,500. He made his intentions well known from the first event after qualifying first in the Santa Sprint Flying 200m with a time of 11.160 seconds. Akim Constantine was second fastest in 11.230 while Chaquille Henry was third with a time of 11.710 seconds.

Whiteman quickly transitioned to Endurance as he jumped into the Parang Tempo event. Adam Alexander (Team Foundation) was most impressive though in this event, taking 11 out of the available 21 points while Jyme Bridges (Team DPS) secured second and Whiteman in third. Whiteman would turn that third into first in the Feliz Eliminacion after he and Alexander were left as the final two. With 1.5 laps to go, Whiteman caught his elder and more experienced competitor “sleeping” and pounced on the back straight to take the Elimination event. 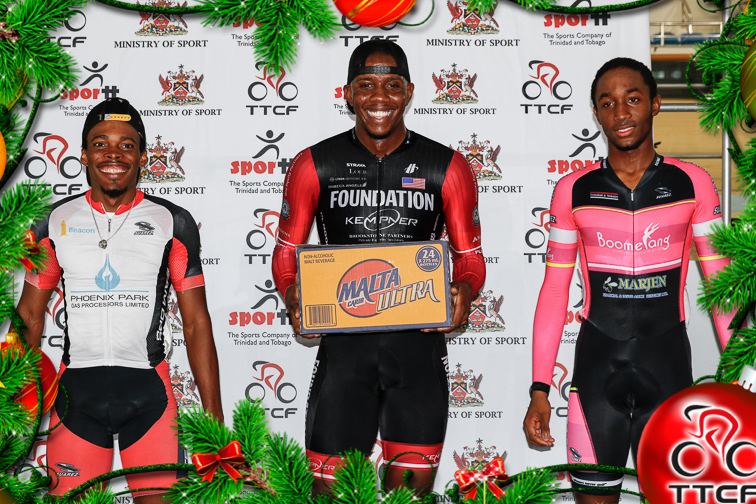 The Heatwave cyclist switched back to the Sprints as he defeated Chaquille Henry (AWCC) for Gold while Justin Baptiste (Breakaway CC) snatched bronze. In one of the highlight events, the Longest Lap saw just two cyclists remaining by the blow of the whistle as Dean Woodsley (Breakaway CC) and Trik Primus (AWCC) battled it over the last lap. Woodsley would eventually cross the line first.

In the curtain event of the evening, the Pastelle and Points Race saw a high tempo event being won by none other than Whiteman as he took the overall Endurance title which was decided in a last gasp sprint with Alexander.

At the end, all gathered at centre field to share in the different refreshments available as the cyclists and clubs alike were happy with the event. With such a positive feedback, the TTCF are currently planning to host more events similar to this format to continue to develop our cyclists. 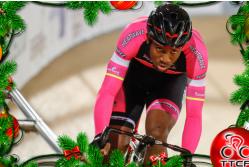