The month of August saw a cycling-wave of events throughout the Caribbean which had the fraternity both buoyant and busy.

First order of business was the Junior Caribbean Road Championships in Dominican Republic held on the 8th and 9th. T&T returned to the Championships as the country to beat after snatching a historic six medals (4 Golds, 1 Silver and 1 Bronze) in the 2015 edition in Suriname. Our young endurance cyclists did not disappoint, equaling the 6 medal tally with 4 Gold and 2 Bronze medals.

Both Tyler Cole and Teniel Campbell provided a bright spark for T&T after they rode away as double Caribbean Champions in the Juvenile Men and Junior Women categories respectively. Jabari Whiteman captured bronze in the Road Race in his debut in T&T colours while Ramon Belmontes’ bronze in the Junior Men Time Trial was his first while sporting the red, black and white.

National Road Championships saw cyclists from as young as 12 years to old as 72. With the National Championships also serving as the official selection for the Elite Caribbean Championships Team, the likes of Akil Campbell (Time Trial), Gevan Samuel (Road Race) and Rowan Wilson (Criterium) graced the top of the podium in the prestigious Elite Men category. Samuel, the only Elite male cyclist to mount the podium for all three road disciplines. 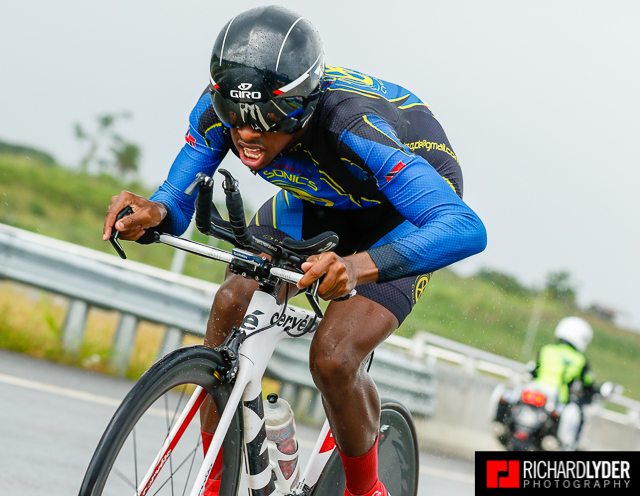 Akil Campbell on his way to the Road Time Trial victory

The Junior World Championships team consisting Kollyn St. George, Keiana Lester and Sei Daniel were unable to capture precious metal in Astana, Kazakhstan but even with Lester’s injury, it proved as a critical foundation block for these three young budding sprinters. The lessons learnt and the battles fought will mold them into our future stars on their way to Tokyo 2020 and beyond.

The month of August climaxed with the Toyota Hilux Cycle Classic from Toyota’s showroom in Barataria to San Fernando and return. Phillip Clarke (Heatwave) took the top prize in a heavily contested and Caribbean mixed competition.

The Elite Pan American Track Cycling Championships acts both as a UCI World Cup and 2016 Olympic Games qualifier hosted in Santiago, Chile from 2-6 September. T&T was represented by a 12-cyclist contingent which made our country extremely proud with strong performances.

The two part Road Time Trial and Circuit Road Race at the Brian Lara Stadium on the 26th and 27th September promises plenty action and sizeable cash prizes. The challenging course along the BL Stadium should be quite interesting and a great warm-up for the Tobago International Cycling Classic

Hosted in our beautiful island of Tobago for over 25 years, the Tobago International Cycling Classic and UCI 1.2 Tour of Tobago will be a spectacle as it has always been. Top class International Cyclists, challenging mountain passes, speedy Cirterium courses and the cool sea breeze is a cyclist’s paradise. 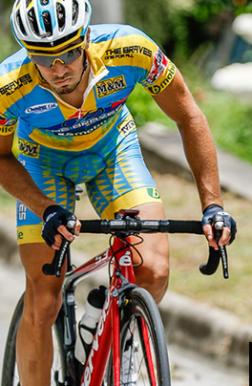