Rigtech Sonics’ was especially impressive in Boys Under 13 category on the 2nd and final day of the 2017 National Youth Track Cycling Championships on Sunday. Williamson won the Keirin and Team Pursuit plus played a significant anchor to drive Sonics to victory in the Team Sprint while securing silver in the Scratch.

It was his win in the Keirin that had the crowd on their feet though. As the derny left the track with one lap remaining, Hasani Garnes (Madonna) held a formidable lead with Williamson being caught in the back at 6th with 250m remaining. As the bunch powered down the back straight, Williamson made his move with 200m to go, covering the bunch easily, leaving only Garnes in his sight. The youngster dug deep to reel Garnes back in and pass him with just a few metres to spare. 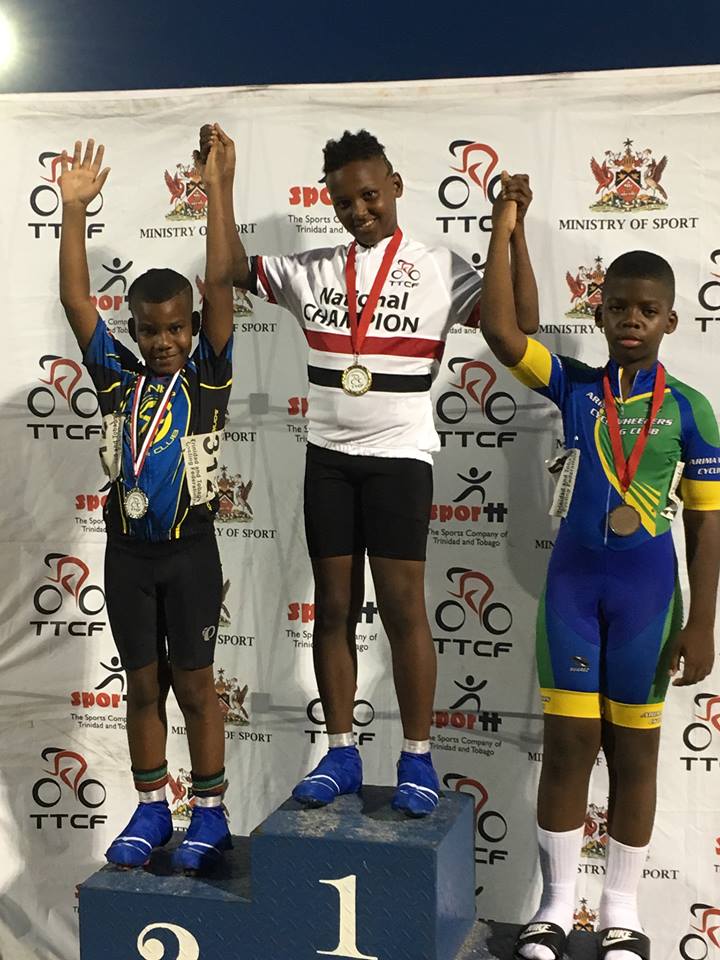 In the Tinymite Boys and Girls, it was a repeat of Day 1 with D’Abreau and Hernandez sweeping all of their category’s events taking the Scratch Race, Points Race, Keirin and Team Sprint events in convincing fashion. Kyra Williams (Open Road Challenge Accepted) also took all of the events in the Girls Under 11 category.

In the Coaches and Officials’ race, Joel Browne of Arima Wheelers took the 4 Lap Pointer comfortably as he broke free after one lap and never looked back.

At the end of the day, it was a fun filled and action packed weekend with exciting and competitive cycling for the youth in cycling. The TTCF will also like to extend our appreciation to the Rigtech Sonics CC for assisting with the hosting of the National Youth Championships once again! 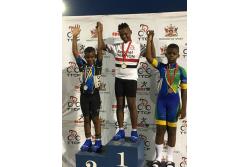